Bill Gates hasn’t given up on education. Here’s why there’s still hope. 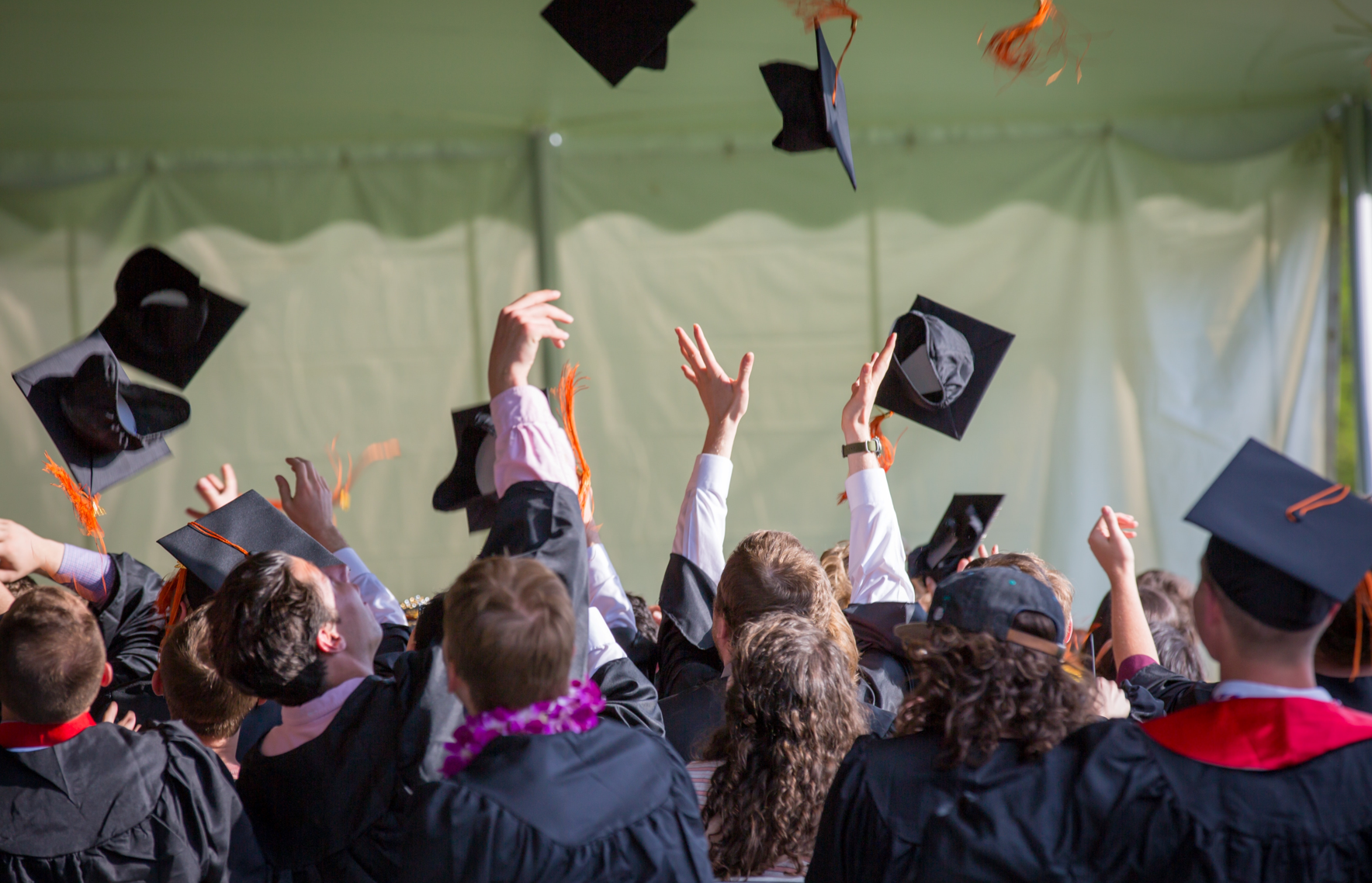 The person wielding a hammer, the saying goes, sees only nails.

In the early 2000s, the Bill and Melinda Gates Foundation created multibillion-dollar education initiatives to rehabilitate the nation’s schools. But by 2020, the foundation had pretty much given up on repairing our schools through these initiatives. As the Washington Post reported, “the Gateses have admitted that school reform is harder than they thought, and none of their efforts have worked as they had hoped.”

Bill Gates may have given up on those early initiatives. But fortunately, he didn’t give up on the essential role that education plays in children’s lives and their futures (as we can see in “Heroes in the Field”).

What he did, instead, was to stop wielding a hammer that couldn’t deliver the desired impact.

For educators like me who are focused on cognitive neuroscience, this is encouraging. We don’t need any more “wrong” hammers to fix K-12 education in the US. Instead, we need to let go of these presumed fixes that don’t address the real issues at hand.

A K-12 classroom where all students can excel does exist. We see them wherever we train a cognitive neural lens on education. But to get there, we need to give up on these five “fixes” and replace them with the right tool.

1. It’s not about technology, it’s about the brain.

Back in 2016, a few years after I completed my Ph.D. in Cognitive Neuroscience at the University of Washington and founded the Institute for Connecting Neuroscience with Teaching and Learning, I was asked to speak at a technology conference in Seattle.

“Why do you want me at a technology conference?” I asked the organizers. “I’m a neural education specialist.” They assured me they did. So, off I went to Seattle’s downtown conference center, where 150 attendees squeezed into a session designed for 40.

“We’re IT people,” they told me. “We gave computers to all our teachers and students, and it hasn’t worked.”

“It’s not about technology,” I told them. Assuming that a new stimulus, like a computer, will elicit a desired response from the students you are most trying to reach—the children who “act out” in school, the ones who sit very quietly while they seethe inside, the kids who just can’t seem to learn—is like trying to screw on a bottle top by hammering it on. No matter how powerful or fancy the technology is, it won’t do the job right.

Changing our education system requires that we understand children’s learning capacity and how they perceive their world from a cognitive approach, rather than a behavioral approach.

2. It’s not about money, it’s about understanding how children’s brains are hard-wired.

A well-meaning school administrator worked in a downtown city school where many students lived in poverty. One day, he came up with an idea he thought would be a sure-fire way to help his students do better in school. The idea? A reward system to encourage good behavior.

This kind of “token economy” is rampant in schools. Well-behaved students earn tokens that they turn in for rewards like Free Dress Friday or lunch with Principal Jones.

But by the end of the school year, the administrator dejectedly told me that 60 percent of the kids didn’t even want the tokens. I was not surprised—research shows that for about half of students, rewards provide no motivation. Neither do punishments.

Children respond to something far more potent: their own neurobiological susceptibility to social context. And it’s different for each child.

Part of the brain’s hard wiring is called the reticular activating system, or RAS. This brain area filters sensory information coming into the brain. Some of this information impacts learning, some of it does not. One function of RAS is to reinforce beliefs. Children who are not part of the “token economy” have a belief that they are no good at whatever the token is rewarding.

These children shut down and experience what’s called “amygdala hijack.” The part of the brain in charge of regulating emotions kicks into one of four survival modes: freeze, fight, flight, and fawn. None of them are conducive to learning.

It’s critical for teachers to take into account how sensitively hard-wired each child is. If all the children can know that their classroom is a positive place with a supportive teacher, they can thwart that amygdala hijack and allow learning to take over from survival mode. They realize that they can, indeed, be good at doing many things.

3. It’s not about academic leadership, it’s about four consistently caring individuals in every child’s life.

Maslow’s hierarchy is wrong. It’s true that humans’ physiological needs, such as having food, are foundational. Still, failure to thrive is prevalent even when infants are given food: they need someone holding and cuddling them so they will want to take it. We need the nourishment in food, but we also need the nourishment from hormones such as oxytocin and serotonin that are released when we know someone cares about us.

Every child needs psychological safety in the classroom. As psychiatrist and neuroscientific researcher Bruce Perry explains in his book, The Boy Who Was Raised as a Dog, each child needs at least four caring individuals in their life that they can trust.

Naturally, parents are often first on this list. But for many of the children whom our neural education-based classroom programs are designed to help, counting on Mum and Dad is not always possible. That’s why the teachers we train in our programs speak in terms of “caregiver.”

The child’s teacher can also be one of these caregivers. One thing we stress in the programs is for teachers to try to have a photo of the “caring four” (or more) right there with the child in the classroom. This helps get all the children in the class to participate in conversations because they know they are valued—those people in the picture are proof.

Some of these conversations—the tougher ones—will be silent, but teachers can “hear” them by encouraging a child to write down and complete a sentence like this one: “I wish my teacher knew that I….”

This provides a keyhole for our teachers to unlock some of the larger issues that their children may be dealing with (their home is actually a shelter, an older sibling they trust has left home, and so on).

Children need to know that there are at least four sets of arms ready to catch them from a fall.

4. It’s not about assessment, it’s about eliminating labeling and stratification.

“I reward my school with a gifted program.” That’s the proud boast of many a well-meaning superintendent.

But if only a fraction of the kids is stratified as “gifted,” which is almost always the case, then just how much of a gift is it?

Implicit in that so-called reward is its inverse: punishment. The idea plays right into the two-dimensional behaviorist model: good/bad, right/wrong, smart/not smart.

But all children have an innate capacity to be “smart.” Instead of stratifying, encourage each student’s learning abilities. Create environments where we focus not on what students don’t know, but how they can learn more.

How can teachers accomplish this? By building on information about a topic that is familiar to the child, but in unexpected ways. For instance, young children may “know” that the sun appears in the day and the moon at night. But what does it mean when, early one morning, they see both in the sky at once?

This kind of knowledge expansion is what the child psychologist Jean Piaget called the “moment of disequilibrium.” The child moves past preconceptions and misperceptions (only sun in the day, moon only at night) and now sees a subject in a broader light. They learn to see their world in more than just two dimensions and begin to myelinate a connection to higher-order abstract thinking and problem-solving.

5. It’s not about curriculum, it’s about pursuing appetite over aptitude.

If you start children’s learning journeys by evaluating what they’re able to do, be prepared for about half the students in the class to shut down.

This is what leads to the all-too-pervasive presence of “Individualized Education Programs” in our schools. IEPs may sound positive, but they signal a failure. Struggling students are ‘pulled out’ of their regular classroom and sent to a special ed class whose overarching goal is to keep them on task. The outcome is a room full of high-anxiety kids, ripe for that amygdala hijack.

This time, explore with the students what they want to learn more about. When you begin with their appetite for learning first, their aptitude for learning more will follow.

The brain can tell those amygdala hijackers to go home now, because the brain’s circuitry became stronger through a neurotransmitter process called myelination. A coating of myelin, or lipids, wraps around nerve fibers to insulate the nerve cells. As a result, information processing becomes faster and more complex.

Teachers who put appetite before aptitude help students build these myelinated structures in their brains and give students the ability to embrace more and more learning.

Every day I salute the many dedicated teachers who will not give up on education, no matter the challenges. As more of us adopt the kind of brain-based system of learning that our Institute offers, they unlock the secret to greater success for their students. What is that secret?

It’s not about technology, money, academic leadership, assessment, or curriculum. Every child already innately possesses what will make their success possible: their brain.

Neural education is what transforms classrooms from places where children are measured, compared, and labeled, to where all children have an equal chance to survive and thrive. From where they struggle to where they feel safe.

Let’s put down those old hammers. There’s something that works far better.